The mission of ODYS is to bring state-of-the-art academic research in advanced controls to industrial production.

We aim at spreading the use of model predictive control and real-time optimization in industrial practice. We believe that this is the key to improve the quality of products and processes while cutting development and operating costs, saving resources, and contributing to a cleaner environment. To achieve this mission, we carefully customize our solutions to understand and meet the unique needs of each of our clients.

ODYS is a private company founded in 2011, originally as a university spinoff of IMT Lucca, to meet the market demand for advanced model-based control and machine learning technologies in industry.

Founded by leading researchers in model predictive control and embedded optimization, ODYS leverages on a know-how based on more than 25 years of theoretical and applied research expertise.

The name ODYS captures the core technology of the company: Optimization of DYnamical Systems. Our technologies exploit dynamical models of the controlled process and numerical optimization algorithms to maximize closed-loop performance under operating constraints. 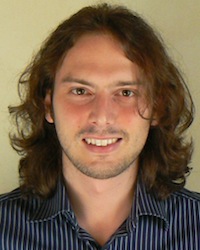 Dr. Daniele Bernardini received his master’s degree in Computer Engineering in 2007 and his Ph.D. in Information Engineering in 2011 from the University of Siena, Italy, specializing in automatic control. In 2011-2015 he was with the Dynamical Systems, Control and Optimization (DYSCO) research unit at IMT Lucca as a post-doctoral fellow. His main expertise is in model predictive control, embedded optimization, stochastic control, hybrid systems, and applications to problems in the domains of automotive, aerospace, energy, and process control. See his Google Scholar webpage. 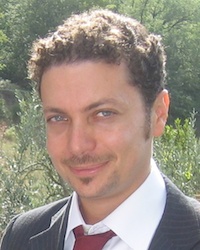 Prof. Alberto Bemporad received his master’s degree in Electrical Engineering in 1993 and his Ph.D. in Control Engineering in 1997 from the University of Florence, Italy. After being with the ETH Zurich, Switzerland, the University of Siena, Italy, and the University of Trento, Italy, in 2011 he joined the IMT Institute for Advanced Studies Lucca, Italy, as a full professor. He was the Director of the Institute in 2012-2015. He spent visiting periods at Stanford University, University of Michigan, and Zhejiang University. He has published about 350 scientific contributions in control systems, optimization, and their application in several domains. He is author or coauthor of various MATLAB toolboxes for model predictive control design, including the Model Predictive Control Toolbox (The Mathworks, Inc.) and the Hybrid Toolbox. He is IEEE Fellow since 2010. More details on his personal webpage and Google Scholar webpage.

Please fill out this form to request a 64-bit trial version of ODYS QP Solver. If you are interested in 32-bit binaries, please email support@odys.it.

Note: the trial version has a limit on the allowed number of variables and contraints and is not optimized for MPC.